When A Number Becomes Important 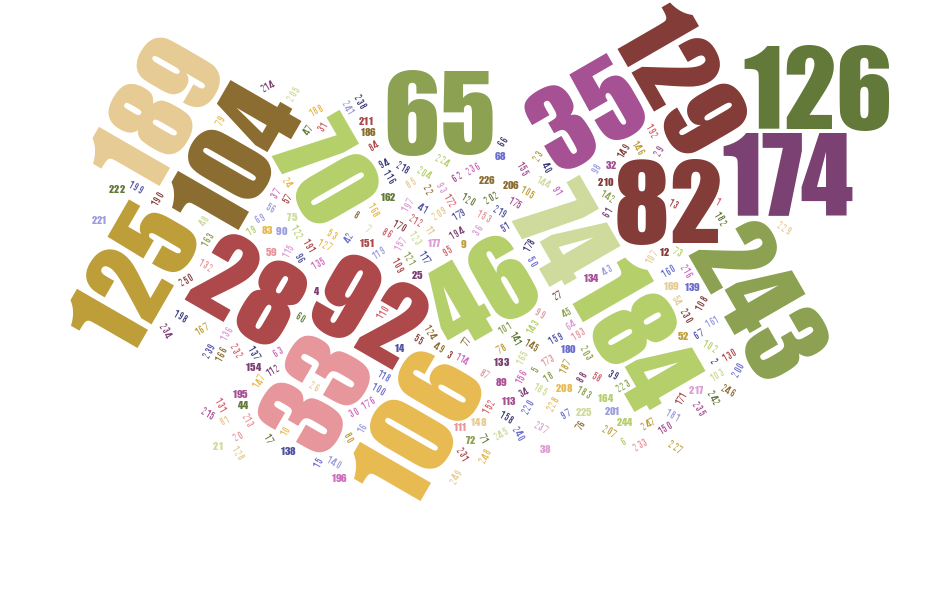 How do you know something works? You measure it. If you cannot measure it, you do not know if it’s working or not. But how do you measure something? Sometimes it is plain for all to see, but often this is not the case. Can you measure your health? Or the quality of your’s or somebody else’s work? Perhaps you can, but not directly. You need to represent something complex in a simple way. A number. It is amazing when it works, but it’s so hard to define one. This is why it is often wrong.

When a number becomes important

You’ve got a fitness tracker to measure your daily step count. Apparently the recommended amount of steps per day per person is 10 thousand. Where does this number come from? Like most people, you don’t care. What you care about is that every time you look at your wrist, you can see your step count. And the steps of your friends, of course. Because naturally, there is an app for that.

Suddenly, this number becomes important for you.

So important, you start to change your habits.

Going out for lunch or ordering pizza? Go out! 1500 bonus steps!

A month later you are doing 12K steps per day on average. You feel good, no walk can scare you now. You are among the top 3 of all your friends that are using the app. Your spouse and family also own a fitness tracker as well.

Now you are a slave to that number.

You are not asked to improve your health. You are asked to make more steps. And this is easy, so you do it. All is good.

Now when I look at it, I am currently at second position…

What if the number is asking you to do the wrong thing?

While ago I was part of a team in a large organisation. We were building software and release was approaching. As a way to ensure quality, process dictated that we pass a certain criteria before we can say our product is “Ready”. One of the criteria is number of bugs in our bug tracking system.

We had a lot of bugs. Release date was approaching, so management decided to do something about it. The team that will crush most bugs in the next week will get an reward!

This is how many big organisations work, nothing surprising. There is a process and the number of bugs is a checkbox there. Management said – crush bugs, so we crushed!

For two weeks we competed. Three teams got a reward.

Did it work? We checked that checkbox, so I guess it did.

The week after we were closer to our software release. Except one small thing – our automated test coverage was low. We have automated a lot of our testing, but now we were not hitting the number prescribed by our process.

Another number, another target. No rewards this time, they were not needed. After a while we hit that and some other metrics and finally our software was released.

What was the wrong thing?

Just like with the daily steps count, we changed our behaviour in order to meet our goals. Some changes were good. Some were not.

Issue is not with the defined metrics. Problem, in this case? Prizes. This is when a number becomes important. Too important.

Like every parent knows too well, you should not give your kids too many rewards. They will start doing stuff only if they receive something in return. Why should grownups be different?

Prizes and quotas sound good in theory and are great motivators in the short term. Rely on them too much and you pay the price. And it is not only the people “doing the work”. Danger is also for the management to set metrics that could be completely off. Simplifying complex stuff to a simple number is hard, so its often wrong.

We had quota for the bugs we had to fix as well. As a senior software developer I had to fix one bug per day on average. Junior developers where expected to fix one per two days. Reasonable if you work in manufacturing and all work is the same size. I wish software bugs were always exactly the same. Alas, this is not the case. I guess what this quota system served is good way to predict our performance for the upper management. In a way they also got it. They asked for it, and this is what they received. Which brings me to my last point.

Whatever you expect, you are going to get

Nothing more, nothing less. 70 bugs fixed, 85% test automation. Important numbers. But do they lead to high quality, or people just meet the number given to them? How do you spot the difference?

Question numbers frequently. Search for ones that balance each other. Resist the urge to make it too simple. Do not rely on them too heavily.

But most important of all:

Be careful what you ask for.

Because you may get exactly that (and it will not be what you wanted in the first place).